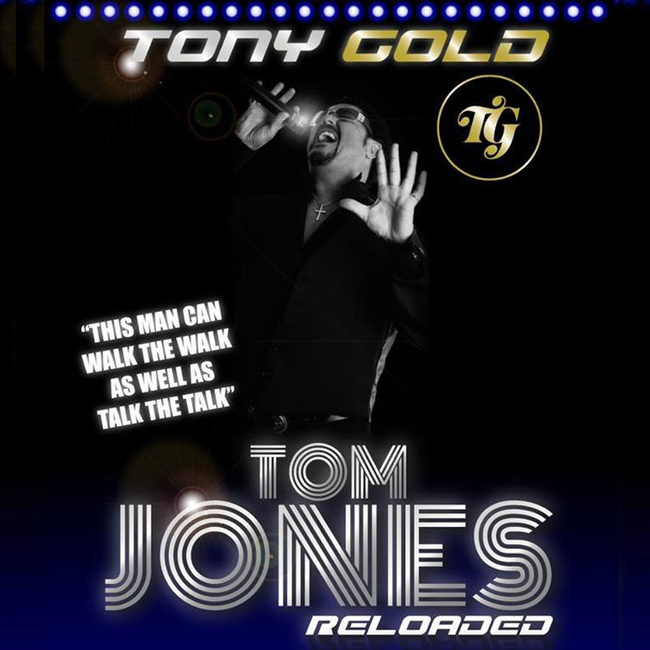 Tribute Acts Tony Gold As Tom Jones
Just indulge us for a few moments. Close your eyes, sit back and relax. Now imagine it's way back in 1975. The house lights go down, the intro music rolls and for the next hour you could without the slightest effort completely believe you're in the company of legendary entertainer, Sir Tom Jones.
This is Tony Gold, one of the East Midlands's leading tribute acts. Despite being born in Nottinghamshire rather than the coal-mining heart of Wales, Tony has an uncanny talent with a distinctive vocal range and powerful stage presence which faithfully replicates the heyday of one of the UK's most famous musical sons.
With a wide repertoire of Sir Tom's hits, including the entire range of classics such as; "It's Not Unusual", "Kiss", "Delilah" and "Sexbomb", Tony consistently delivers the goods and never fails to satisfy the fans.